Are we over-vaccinating our horses?

This is a well-written article by Mark DePaolo, DVM, of DePaolo Equine Concepts in Pilot Point, Texas.  It is worth reading to understand what you are vaccinating against and why.  Animal Nutrition Solutions emphasizes client education, so get reading and get educated!

What is vaccine overload?

It’s time for us, as proactive horse owners, to rethink all of our traditional ideas on equine vaccinations.  If vaccines needed to be given annually (or more often), people would still be getting vaccinated every year for all of those diseases that we were vaccinated for as kids.

Almost all of our horse vaccines last a minimum of 7 years, most last a lifetime.   Many horse owners continue to vaccinate their horses too frequently because they believe that vaccines are innocuous (do no harm).  Many horses are vaccinated yearly (or more often) for diseases that they are never exposed to or already have immunity to.

Vaccinations in horses are being recommended much more frequently than the same vaccine in their human counterpart.  Human and horse immune systems function in exactly the same fashion.  Humans are only vaccinated as babies and children but some farms vaccinate their horses 6 plus times a year for a horse’s entire life.

What are common vaccine reactions?

Even the AAEP (American Association of Equine Practitioners) warns: “It should be recognized that:  Administration of multiple vaccines at the same time may increase the risk of adverse reactions.  Safety and efficacy data are not available regarding the concurrent use of multiple vaccines.  Adverse reactions are not always predictable and are inherent risks of vaccination. Therefore, it is recommended that horses not be vaccinated in the 2 weeks prior to shows, performance events, sales or domestic shipment. Some veterinarians may elect not to vaccinate horses within 3 weeks of international shipment.

After receiving a vaccine(s) intramuscularly, some horses experience local muscular swelling and soreness or transient, self-limiting signs including fever, anorexia and lethargy. Severe reactions at sites of injection can be particularly troublesome, requiring prolonged treatment and convalescence. Systemic adverse reactions (such as urticaria, purpura hemorrhagica or anaphylaxis) can also occur. Other systemic adverse reactions have been anecdotally reported”.

Why should I only vaccinate a healthy horse?

The label insert for every vaccine warns against vaccinating horses that are unhealthy.

No horse should ever be vaccinated that has any of the following:

Or any type of:

How do I know if my horse needs to be vaccinated?

Most veterinarians recommend what they learned in school (the vaccination schedule developed by the drug companies that manufacture the vaccines).  Veterinarians seldom want to be controversial and go against regular western medical training and it is beneficial for them because they are also making a profit by administering the vaccines.  Many veterinary clinics make up to 50% of their income by administering “annual vaccinations”.

Many holistic veterinarians tout antibody titers as the way to know if your horse is in need of any vaccines.  Antibody titers measure the amount of antibodies that are circulating around the blood stream at any given time to a particular disease.  These titer tests are wonderful and give us great information as long as the horses’ antibody levels are elevated.

The problem with titer tests is that they only measure what is called humoral (liquid) immunity, they can’t measure your horses’ cellular immunity.  Humoral immunity is when the animal is exposed to a certain disease for the first time and it produces antibodies to that disease.  Humoral immunity and circulating antibodies will only last for a short while without any reoccurring exposure to that disease.

The body also, at the same time that it produces the humoral immunity, will produce cellular immunity.  Cellular immunity consists of a certain type of white blood cell that can differentiate into other cells when needed.  These cells, when stimulated by exposure to a pathogen (germ), can then make antibodies.  This type of immunity is almost always life-long.  Unfortunately, there is no way to measure cellular immunity.  Therefore, if you run a titer and the numbers are low, it is quite likely that you’re horse is still immune to that disease, but you have no way of knowing.  If you have ever run a vaccine titer on your horse and it was protective, your horse has life long immunity to that disease.

How can I tell if there is an outbreak in my area?

You can go on the internet and search for the incidence of certain diseases on the website of your state veterinary board or the Center for Disease Control.  Remember that just because a certain number of cases have been reported in your state, it doesn’t necessarily mean that those animals became sick or even needed to be treated.  We are trying to look at all of the information with an open mind and then make a decision based on common sense, not fear.  We may need to “read between the lines” some, to make the most informed decisions when it comes to the delicate health of our beloved horses.

What is a common sense approach to vaccines?

A common sense vaccine protocol would be to treat our horses like we were treated as kids.  We were given three or four vaccines at certain strategically timed intervals and then we were covered, for life!

Foals are not born immune-competent, which means they do not have the ability to mount a normal immune response until sometime after 6 months of age. This is why a mare will pass antibodies to the foal in the colostrum(first milk).  This is the only immunity that the foal posses for the first half-year or so of life.  Because that foal can’t make its own antibodies, if you vaccinate it prior to immunocompitence you force the foal to use up the antibodies that were passed to it in the colostrum.  Adequate colostrum intake is essential.  If vaccines are administered to foals too early they interfere with colostral antibodies. 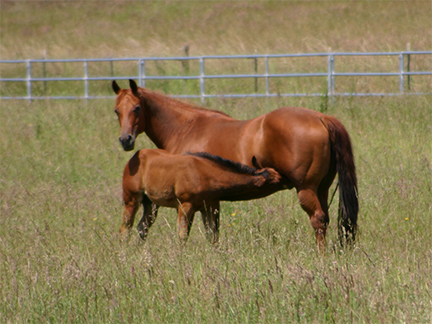 That’s it, except for tetanus.  Tetanus should be given at the same interval initially, but we feel that a horse should be given a dose of tetanus toxoid after each deep cut or puncture wound, only if it has been more than one year since the last tetanus vaccine.  If tetanus antibodies last 10 years in humans they will last 10 years in our horses.  So, if you prefer to vaccinate routinely against tetanus then you should not do it any more often than once a decade.

We have separated the commonly given vaccines out into three categories:

1: Core Vaccines– those vaccines that can help to prevent diseases that could kill your horse, (should only be given when the disease is present in the area that your horse lives or travels to in a significantly prevalent level to justify risking the negative side effects that could be caused by the vaccine)

2: Non-Core Vaccines– those vaccines that are given to try to prevent diseases that are only a nuisance to our horses, (we don’t recommend these due to the fact that they will compromise the immune system)

3: Yet to be proven vaccines– these diseases are rarely fatal.  Because these vaccines result in immune compromise, they can predispose your horse to the disease that you are trying to prevent.  (vaccines that we believe should never be given.)

There were no cases of WEE and VEE reported in the US in 2009 and very few cases of EEE reported.  You will also notice that the cases of EEE that were reported were in a very localized region of the country.   The map below is courtesy of the CDC.

Why is mercury banned in human vaccines but NOT in equine vaccines?

Even though mercury has been banned in human vaccines (except flu), most horse owners have no idea that all killed virus vaccines are preserved with Thimerosal (mercury).  All vaccines contain an adjuvant which is used to stimulate the immune system.  If the immune system has been previously stimulated (by the last vaccine that hasn’t worn off yet) the next time you stimulate it you can actually tear it down.

Vaccines frequently given to horses that contain mercury (Thimerosal™) as a preservative are:

How can mercury affect my horse?

Mercury is the most potent Neurotoxin known to mankind.  The immune system is primarily composed of nerve tissue.  Therefore, one of the first things to be compromised by excessive vaccinations is the immune system due to the neurotoxic effects of the mercury and the adjuvant, then the neurologic disease can take a-hold and cause symptoms.  The growth rate of tumors such as sarcoids and melanomas can be greatly sped up by decreasing the ability of the immune system to function properly.

Should I vaccinate a pregnant mare?

It is a common practice for veterinarians to recommend that pregnant mares be given a Pneumobort K vaccine at 5, 7, and 9 months of gestation.  They will often also recommend that owners give their horse a five, seven or eight-way vaccine one month prior to giving birth.  The five-way consists of Tenatus, Rhinopneumonitis, Influenza, Eastern & Western Encephalomyelitis (Sleeping Sickness).  The seven way adds in strangles and rabies.  West Nile is the eighth addition.

Any mare that is not immune comprised will include these antibodies in the colostrum without us giving her a “booster” a month prior to giving birth.  It’s her job.  What they won’t tell you is that a horse can abort from a rhinopneumonitis infection only ONCE in their entire life.  A mare can only abort the very first time that she is infected with the virus and only if she is pregnant at the time.  Once she has been infected, whether she is pregnant at the time or not, she will build antibodies to the infection and can NEVER abort from this disease again. 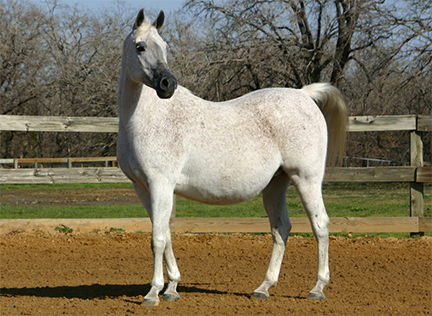 So it makes sense to not vaccinate any pregnant mares with Pneumobort K.  If the mare has already been exposed prior to the pregnancy she will never abort.  If she hasn’t been previously exposed she will abort once and only once.

Also, the multi-way vaccinations are preserved with Thimerosal (mercury), the interesting fact about mercury is that it is one of the heavy metals that can and will cross the placental barrier.  So, the mercury that you are giving to your mare, she is sharing with her foal.  If a mare has a good healthy immune system she will have a life-long immunity to all of the diseases that are present in a five way vaccine.  She will pass these antibodies onto her foal through the colostrum.

Tips on a healthy vaccine protocol: