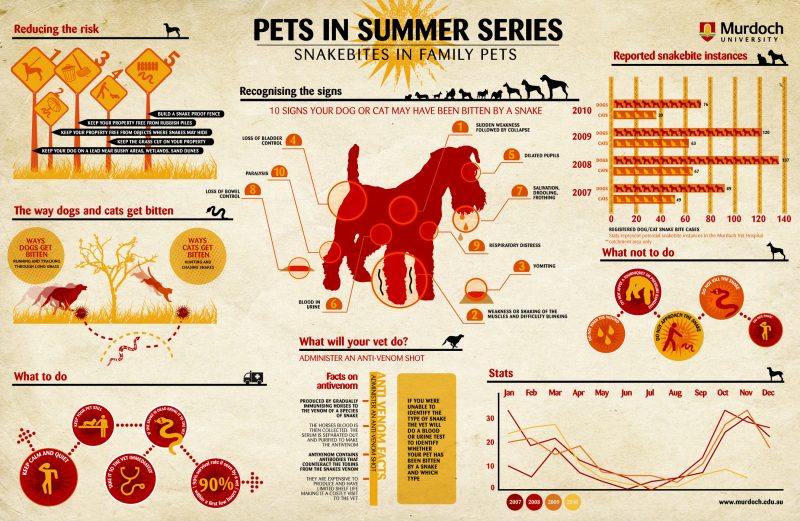 By Micaela LacyLet’s be honest, most of us treat our pets more like humans than animals. I’ve known dogs who have birthday parties every year and better wardrobes than I do. Some people have pets instead of kids and will do almost anything to ensure their well-being. This includes keeping them safe.

Summer is upon us, which means hotter weather, taller grass, and more critters in our backyards that bite, that could potentially injure our cats and canines. We love our domesticated beasts, but as much as we hate to admit it, they aren’t always the brightest of beings–especially if they feel threatened. Today’s infographic shows us what to do if our pets ever come across a snake.

I have an uncle who lives in the rural southwest who owned a golden retriever for a while. The poor creature managed to get into a losing fight with a rattlesnake three times. You would think the dog would have learned something after the first incident, but he continued to be a repeat offender. Maybe it was the rush of the brawl? The fact that dogs live to serve and protect? Either way, this dose of pastoral reality was never any fun for the dog or his owner. Hopefully, an incident like this will never happen to your pet. But if it does, keep calm, and keep this infographic in mind.